Our series on workouts with a kettlebell flavor from Awaken Training Series, a 12-week online Functional Bodybuilding program with Marcus Filly, continues below.

Awaken Training Series 2.0 progresses from the 1.0 program with some additional splits and movement pairings. In today's example session we are hammering the legs and the posterior chain. We begin with a warm up that is time focused. In an Every Minute On the Minute (EMOM) format like this you begin a clock and perform a new exercise at the top of every minute for 3 minutes and then repeat for 4 cycles. The total time on the warm up is 12mins. On the first minute you perform 5 Single Leg Kettlebell Romanian Deadlifts per leg. Whatever time there is remaining in that first minute you will rest until beginning the second minute movement. After minute 3 is complete you return back to minute 1 and so on until 12 minutes or 4 cycles are complete. This will get your hips and core to wake up!

If this is your first time reading a post in this series, make sure to check out Part 1. 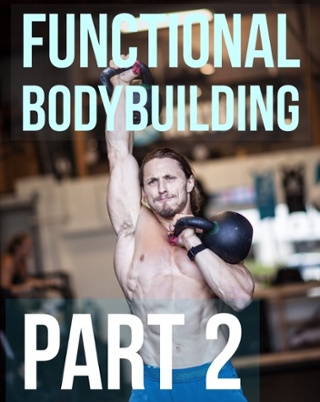 Kettlebell Kings is excited to have Marcus Filly contribute a four part series for our followers about functional bodybuilding with a focus on kettlebells. Marcus has competed at the CrossFit Games six times, three times as an individual (2016 12th fittest) and three times as a team member (2012 6th fittest team). Marcus can be found at his website here: https://revival-strength.com and social media @marcusfilly and @functional.bodybuilding

Every Minute on the Minute for 12 minutes, In an Every Minute On the Minute (EMOM) format like this you begin a clock and perform a new exercise at the top of every minute for 3 minutes and then repeat for 4 cycles. The total time on the warm up is 12mins.

we have resistance bands here if you do not have any

In the following two super sets we are using some very slow tempos, and the time under tension in these movements will limit your loads. A knee flexion movement coupled with a hinging exercise is a great way to pre-fatigue the legs, thereby making the posterior chain work that much harder in the hinging movements. Start light and stick to the tempos closely.

Reminder on how to read these tempo prescriptions:

Each number represents the total number of seconds to complete the contraction or hold the isometric.

"X" - means to move as fast as possible.

Read below for a tough super Set!

*The Jefferson's Curl is a movement that should be loaded very light to start. It can help build spinal awareness and strength along the erectors. It is also a valuable tool for building mobility in the posterior chain.

In this conditioning piece above you are to move continuously for the entire 11mins. What we are aiming for here is movements that allow you to keep moving and breathing coupled with 1min isometric holds that will challenge you to hold positions and brace while your breathing rate is up.

Marcus Filly grew up in the San Francisco Bay Area and has been a health and fitness coach for 8 years since leaving Medical School in 2009. He has competed at the CrossFit Games 6 times, three times as an individual (2016 12th fittest) and three times as a team member (2012 6th fittest team). Marcus is also the captain and member of the Phoenix Rise in the NPGL. For two years he has been voted to the all GRID league team, in 2016 earning 1st team honors, and in 2015 earning the award for leadership excellence.

He was formerly a CrossFit facility owner for 5 years, has completed all 5 of the OPEX CCP courses, and has coached clients from all over the world, including Games and Regionals athletes. Marcus currently leads a team of coaches at Revival Strength in San Rafael, CA, who design individual programs for clients both remotely and onsite. He is also the creator of Awaken Training Series, a twelve-week online group program using Functional Bodybuilding principles.